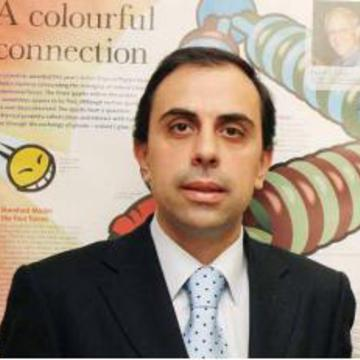 Paulo Limão-Vieira is Professor of Molecular Physics within NOVA School of Science and Technology. His research interests include: the electronic state spectroscopy of biomolecules, aeronomic and plasma processing molecules by interaction with photons (VUV photoabsorption, REMPI, He(I) photoelectron) and electrons (dissociative electron attachment, electron energy loss); charge transfer processes in atom-molecule and anion-molecule collisions and the role of negative ions; surface induced chemistry, especially the reactivity of co-adsorbed molecular species and the formation of ices in the Earth’s upper atmosphere and in the interstellar medium, that might be in the origin of some microorganisms. Charge transfer experiments in atom-(bio)molecule collisions with negative ion formation. Other research interests include positron scattering from atoms and molecules as well as positronium formation.

He is graduated in Engineering Physics, Universidade NOVA de Lisboa, Portugal in 1994, obtained his D Phil from University College London, University of London, United Kingdom in 2003 and his Habilitation in Applied Atomic and Molecular Physics, Engineering Physics, Portugal in 2010. Since 2010 he has been appointed visiting Professor at the Department of Physics, Sophia University, Tokyo, Japan and in 2022 visiting Professor at the Department of Physics, Federal University of Paraná, Curitiba, Brazil. In 2021 the Royal Swedish Academy of Sciences appointed Prof. Limão-Vieira as nominator by the Nobel Committee for Physics to the Nobel Prize in Physics 2021. Currently he is author/co-author of more than 260 publications, he has delivered ca. 90 invited lectures across the globe and serves as reviewer for different international journals and funding agencies.